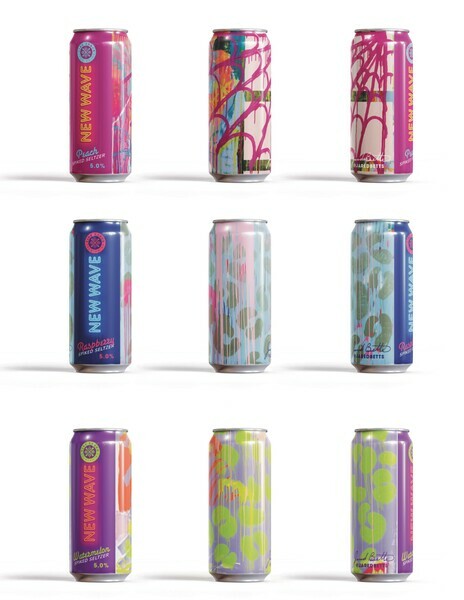 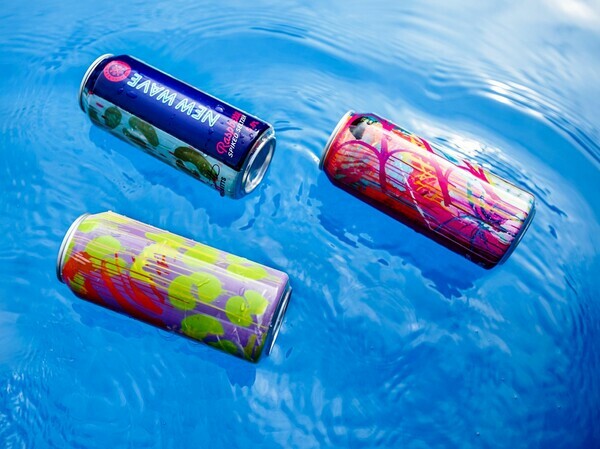 It was an absolute dream to collab with Alan and Jerrica (owners of Tire Shack) again on these can designs after painting their patio mural in 2020. Alan and I both are huge fans of 80s New Wave and Goth genre music, so when we had the opportunity to launch these graphics he came up with New Wave as the name. I feel that name goes incredibly well because my colors with the bright leopard patterns are extremely inspired by 80s design. This drink was the perfect summer drink, selling out very quickly after being canned. I hope this is one of many designs that I do with them. 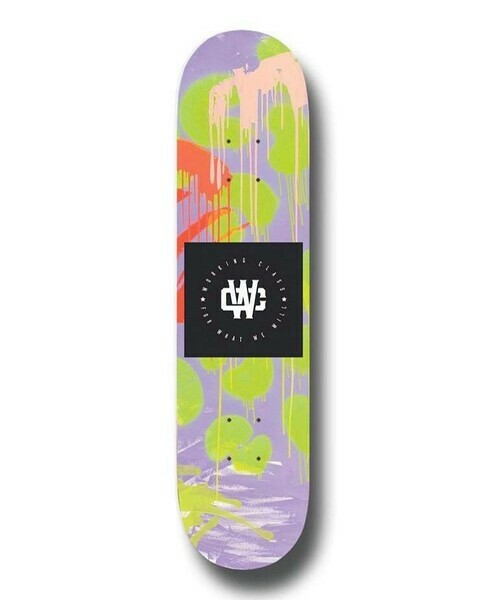 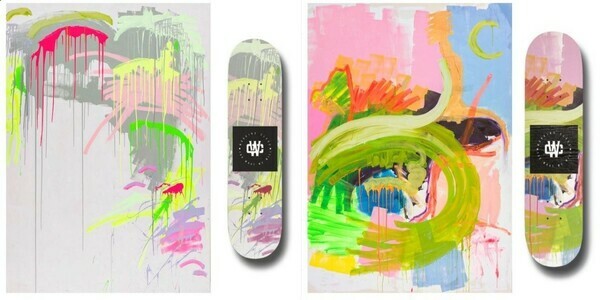 (This was originally an article for King Skateboard magazine, which never got published unfortunately due to the Magazine stopping during Covid-19)

Jared Betts is an artist and skateboarder from Moncton, New Brunswick, whose paintings are hanging in numerous corporate and private collections, and have been included in gallery shows worldwide. He works out of a studio in downtown Moncton, where he slams poutines and paints daydreams. Recently, Jared designed two boards for Working Class, so we caught up with him to find out how it all came to be, and from where his inspiration was derived. —Joe Close

“I met Justin Allain through skateboarding over twenty years ago, when he was super young and ripping it up at local skate spots and the skatepark. I’ve always admired Justin’s dedication to skateboarding and have loved watching his skateboard journey evolve, from getting sponsored, travelling, filming, and now owning his own skateboard shop. I’ve always wanted to do skateboard graphics since I was young. Four years ago, I saw that Justin was working with artists from Atlantic Canada each year to make a shop deck graphic. Two years ago, at a festival that I run, over slushy margaritas and tacos, I approached him with the idea and we went from there.

“Originally, I was looking at old graphic favorites, things like ‘80s Powell boards, Rat Bones, and Rob Roskopp, Jeff Kendall, Steve Caballero, and Santa Cruz decks. I’ve been skateboarding for over 30 years, and I was approaching it with the thought of making a bold cartoon graphic with my own twist. When I met with Justin, he really challenged me to think outside the box with ideas of exposing the stained wood within the graphic and going more abstract. We ended up agreeing on taking a detail section of one of my paintings and cropping that.”

Jared Betts has collaborated with Working Class and launched his very own skateboards. The skateboard graphics are from his “Pictus” series that travelled to 9 art galleries in Atlantic Canada from 2019 - 2022.

The large-scale paintings were on exhibit alongside the skateboards at Apple Art Gallery, there was kombucha floats will local Ice Cream Shop and the night was an absolute blast.